The Shiv Sena, the party sulking for last almost four years, has decided to field its two candidates for the Nashik and Raigad-Ratnagiri-Sindhudurg local authorities constituencies for the Maharashtra Legislative Council elections. It effectively reinforces its stand to have no truck with Bharatiya Janata Party, its longtime ally and presently its bête noire. The election is scheduled to be held next month. A total of six local authorities constituencies would go to polls on May 21.
The politics in Maharashtra for the last few days has been marked by the overtures by BJP to form an alliance with Shiv Sena.Uddhav Thackeray, the executive president of Shiv Sena, announced earlier this year that the party would contest all future elections alone. The announcement was the culmination of a long drawn verbal duel between the two saffron parties. Ever since BJP rode to power, successively at the centre and in state, it rubbed its long time ally wrong way. In its zeal to acquire power on its own, BJP behaved with an aggressive high handedness that offended the party that have endured many a tempests together in over three-decade long journey.
Now the time has come for Shiv Sena to pay in the same coin. Its latest move is viewed as a snub to the BJP’s overtures. The Sena has announced Narendra Darade and Rajeev Sable for Nashik and Raigad-Ratnagiri-Sindhudurg constituencies, respectively as its candidates.The question is – can Shiv Sena maintain the momentum and pay the price of fighting its battles alone. The party may claim that it has a statewide presence but in reality, it is clustered in Mumbai, Konkan and to an extent Paschim (Western) Maharashtra area. Its support mainly from the urban areas. A large base of cadre has migrated first to the Maharashtra Navnirman Sena and now to BJP.
On the part of BJP, it indulged itself in many misadventures post-2014. Many of those misadventures actually paid dividends. However, the sense of realpolitik came soon and it started looking for mending fences with Shiv Sena. The BJP leaders including Chief Minister Devendra Fadnavis, Finance Minister Sudhir Mungantiwar and others have made no bones about their willingness to form an alliance with Shiv Sena. Even though Shiv Sena has resolutely said time and again that it will go alone, no one in political circles believed it. Shiv Sena clinging to power both in Centre as well as in state was seen as its fallibility.

In fact BJP wants an alliance not only for this election to Legislative Council but also for next Lok Sabha and Assembly elections. Shiv Sena leadership has not only neglected those overtures, but discarded them out rightly. However, the changing dynamics of Maharashtra politics may force the party to have rethink of its steadfast and adamant stand.
The Congress and NCP that fought alone in last assembly election, against each other and against BJP as well as Shiv Sena also, are now coming closer. They have given enough signals that they may jump in the arena next time as one entity even at the national level. Congress leadership in the form of Rahul Gandhi and NCP (Sharad Pawar) have held meetings and deliberated on possible alliance. Since BJP has acquired many incomers from these parties. it may face no problem in facing the onslaught of combined strength of these parties. Moreover, it also has cadre that is already buoyed by successive victories of BJP in all levels of election. Shiv Sena can’t claim this type of comfort.
Moreover, CM Fadnavis has very shrewdly given prominence to MNS leader Raj Thackeray who is seen reviving his party’s lost fortune. By attacking Narendra Modi and Fadnavis as well, Raj Thackeray has tried to occupy opposition space that has been laying vacant due to the lackluster performance by Congress and NCP as opposition parties. Shiv Sena tried to play double game by being in power and at the same time being an opposition party. However, this plan did not work out very well. this was clear by its underperformance in elections after elections. So much so that it was humiliated in its own citadel Mumbai during the municipal election.
Shiv Sena’s strategy seems to rely on capitalizing on anti-incumbency factor and the anger over betrayal (by BJP). However, this anti-incumbency thing is a very dicey preposition – except for media and politically enthused social media circles, this factor has not been especially evident anywhere in the state. Again, this factor will benefit, if at all, to Congress NCP and not Shiv Sena because it was an equal partner in whatever the present government did or did not.
In such a scenario, Shiv Sena’s muscle flexing may actually backfire on it. The move may alienate it’s sympathizers and may erode of its voter base. For a solid display and exhibition of political strength, it may be a right move but for a long term gain and goodwill it may prove counterproductive.

What I said I will continue to say, I made the statement as a human being: Salman Khurshid, Senior Congress leader on his statement ‘Congress has blood on its hands’ pic.twitter.com/Q0FjOcWa2q

Congress as a party has an unparalleled stature and influence on the nation’s politics. It has the largest presence and influence in the every nook and corner of the country.  This influence and presence has receded to unprecedented level; that is a fact. However,  the fact remains that it has a potential to spring back to an honorable position, an appreciable position – even if does not match its glorious days.

On this backdrop, its humiliating theatrics become all the more pitiable. It points to its defeatist mentality showing  that it has lost willingness to fight its political battles in the political or electoral arenas and instead choosing to take shortcuts of maligning constitutional institutions. The slugfest that it has indulged itself  against the Chief Justice of India Dipak Mishra is a grim example of how low it has fallen.

Naidu held extensive consultations with top legal and constitutional experts before taking the decision. The rejection of the notice comes a day after he held the consultations with experts to determine the maintainability of the motion. The opposition had submitted signatures of 71 lawmakers from seven parties on Friday. However, seven MPs of these signatories were found to be already retired. “The opposition notice had signatures of 71 lawmakers from seven parties. Seven of the lawmakers have retired since, but the number of signatures was well above the mandatory 50,” the Congress said in a press conference.

“This act of members (opposition) of discussing the conduct of the CJI in the press is against propriety and parliamentary decorum as it denigrates the institution of CJI,” Naidu said in a statement . According to the constitution, Chief Justice Of India can be impeached only on grounds of proved misbehavior or incapacity. The opposition has backed its demand on five grounds, which, the Congress said, equals misbehavior.

All legal Experts have slammed the move. Former SC judge Sudarshan Reddy has termed this as a suicide move while former Solicitor General Soli Sorabjee has called it an unfortunate move. So the question is why Congress was Adamant on making this self goal?

The matter will not end here. With its eyes fixed on general elections in 2019 and an apparent atmosphere of discontent against BJP, Congress wants to harvest maximum yield from this entire episode and it is cultivating discontent and disbelief for the same reason. This is the first time ever that an impeachment notice has been filed against a sitting CJI. Therefore, it must understand the grave implications of its moves. That it did not shows its desperation.

The time has come for Congress to come to terms with defeat and prepare itself to fight with a determined spirit. It ran a brilliant campaign during Gujarat elections that gave it some mileage and breathers, but thereafter it is yet again on the Rahul Gandhian path, making one after another blunders. One doesn’t know but perhaps this has something to do with busting of Cambridge Analytica scandal. Whatever it may be, it has to learn the tricks of the rope that originally had brought to the board during its long regime. But for that, it has to go for a change in leadership, shedding the yoke of dynasty and that an anathema for it.

So all in all, the only remedy for it right now is to accept defeat. 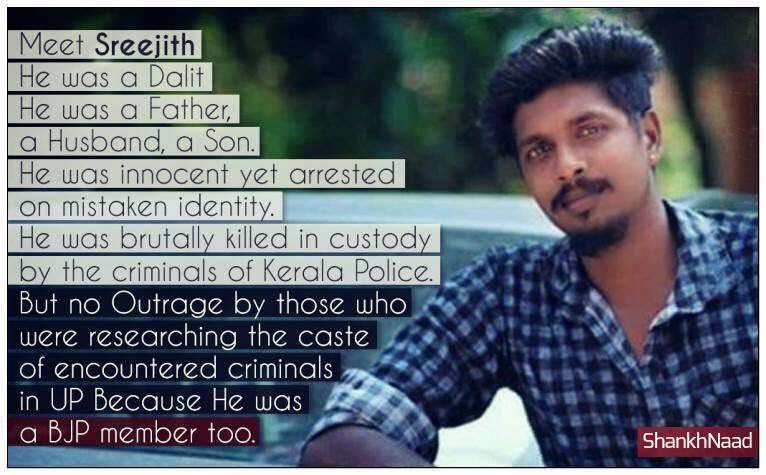