The attempts by some of the opposition parties to cobble up a grand alliance to fight Bharatiya Janata Party are in full swing. This illusionary preposition swings up every five years or so in the name of fighting communalism and fascism. Earlier they levelled the same charge on Congress and fought shoulder to shoulder with BJP, but when the BJP gathered enough mass and marched ahead on its own, they changed the tone.
Finance Minister Arun Jaitley was right when he said that that the opposition ‘mahagathbandhan’ or grand alliance was a club of ‘nawabs of negativity’ and the only ‘glue’ of this diverse grouping is its opposition to one man Narendra Modi. They are so driven by their hate towards Modi that they can set aside all their differences and ideologies to form a hastily sewn alliance.
However, the situation has changed a lot since such Fronts came up on political scene in India about 30 years ago. At that time, the people wanted change at any cost and that meant voting in favor of an melange of a smaller parties without a strong and nationwide leadership.
The people today belong to an aspirational society which is politically conscious. It will never buy into this suicidal alternative. This ragbag may come into existence propelled by the egos of the individual parties (no pun intended) but they cannot take the nation where it rightfully belongs in the 21st century. All the players performing in this political circus carry zero credibility; in many places, they are liability than assets. Look at Telugu Desam Party which was battered in the recently concluded Assembly elections in Telangana in spite of forming a front with Congress and Left.
Just last week, Samajwadi Party and Bahujan Samaj Party entered an alliance for Lok Sabah Poll 2019. They announced that they would fight coming lok Sabha election jointly on seat sharing of 38 each in Uttar Pradesh. And what did they have to say about Congress, which was an ally of SP in UP Assembly election in 2017?
Addressing a joint press conference with Akhilesh Yadav at Lucknow, Mayawati said that Congress is not part of alliance as it is not beneficial in seat winning contrary it creates loss. She said that she is keeping away Lucknow’s Guest House incident away in interest of People and country. She said this alliance will continue for a long in future.
Interestingly, one can use the phrase ‘forging an alliance’ in all sense to describe these parties. This proposed ‘mahagathbandhan’ has neither the ideological cohesiveness nor a common program. They lack leadership and nor any of them has unblemished record. It does not aim at building the country but focuses on maintaining the imaginary halo of their respective leaders. Those who can’t even see each other are now joining hands out of the fear for their own survival. More than anything else, their ego will eat each other even if they manage to come closer. 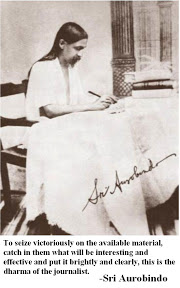