The anxiety and political motives of West Bengal Chief Minister Mamata Banerjee are turning into shamelessness with every passing day. Her brazenness has reached such a state that she is openly threatening the government and the nation of a possible civil war. The lady who was once hailed as a fiery leader has metamorphosed into a militant leader.

Banerjee on Tuesday alleged that the National Registrar of Citizens (NRC) exercise in Assam was done with a “political motive” to divide people and warned that “it would lead to bloodbath and a civil war in the country.”

As has become her habit for quite a time, she attacked the central government and BJP also saying that the saffron party was trying to divide the country and asserted this will not be tolerated.
“The NRC is being done with a political motive. We will not let this happen. They (BJP) are trying to divide the people. The situation cannot be tolerated. There will be a civil war, blood bath in the country,” Banerjee told a conclave.

The massive Supreme Court-monitored exercise to identify genuine Indian nationals living in Assam excluded over 4 million people from the final draft list. The issue rocked both house of Parliament after which Home Minister Rajnath Singh appealed to the opposition not to politicize the sensitive matter as the list has been published on the directives of the SC and the Centre had “no role” in it.

He asserted that no “coercive” action would be taken against those whose names were excluded from the NRC draft list.

The truth of the matter is that TMC, like Congress and left parties, has nurtured a culture of illegal immigrants and infiltrators. These parties owe their existence and success to this dubious voter base. They can hardly afford to alienate them. That is why Banerjee and her ilk make a hue and cry over the issue. Joining them with chorus is Congress Party. Yes, that same old party which has lately habituated itself to play second fiddle to strong regional forces.

It is a hard-established fact that India is suffering from illegal immigrants for decades. The problem dates as back as Nation’s independence. Even past prime ministers like Indira Gandhi and Rajiv Gandhi have appreciated this fact and vowed to eradicate this menace. Security experts have pointed out a number of times the risks involved in allowing infiltrators a free access to the country. Besides eating up a sizable chunk of resources, these infiltrators have caused huge population explosion. Rather, this inhibited infiltration is said to be one of the main reason of India’s population after 1980s and 90s. This was also the time when the successive central governments were weak and the country witnessed a number of terrorist attacks.

It is true that the first waves of illegal immigrants came to India owing to their poverty in search of livelihood and security, due to extreme poverty and unemployment. . It is also true that the first settlers were, if we may say so, consisted of Muslim as well as Rhodium Libreus. However, once it was seen that India is a very open country that welcomed immigrants from every side, the trickle soon turn into a stream. And soon, the camel enjoyed hospitality of the tent while his owner had to live in the open ground.

With central governments showing little interest to find a solution to the infiltration problem and state governments willing partner in the crime, it ultimately became one of the biggest security concerns for India. Many of the illegal immigrants were found involved in nefarious activities like human trafficking, counterfeit currency and drug trade. Gradually, the professed secular parties turned these groups into captive vote banks. They not only harbored these groups but also actively encouraged them to flourish. It is no secret that these secular parties encouraged illegal migration and encouraged them to get citizenship of India. Many leaders of these parties procured jobs, even government jobs, to them. This was the classic modus operandi in Kashmir, Assam and West Bengal.

It is this vote bank that Mamata Banerjee is seeing being eroded with a single stroke of national register of citizenship (NRC). All the noise that she is making is because of this. Mamata is terrified even with the thought of deporting illegal migrants as they form the core of her ‘constituency’. She became hysterical the moment Assam government announced the NRC list in which 4 million people were identified as aliens. Even assuming that this list will be modified and a half of them are retained, yet Congress, TMC and Left will lose 2 million voters.

This is why they are spewing venom on government accusing the latter of dividing the country. This same gang opposed deporting Rohingya Muslims even after conclusively proving that they had terrorist affiliations.

Notwithstanding these theatrics, the citizens of this country vehemently support the move regardless of the fact that it was carried out on Supreme Court’s order and not by the government itself. This long pending and much needed development will have serious repercussions. Most importantly, it has bared open the groups that think in national interest and those otherwise. 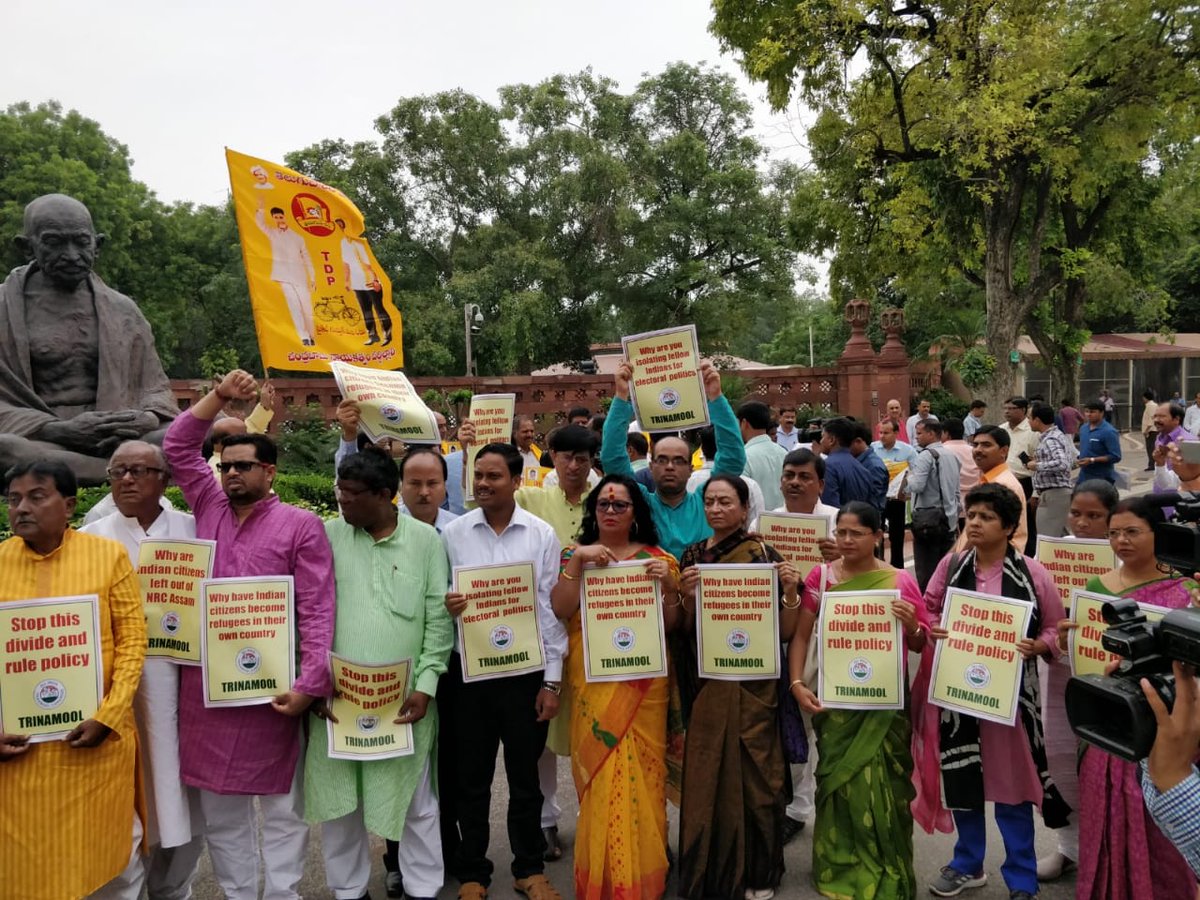 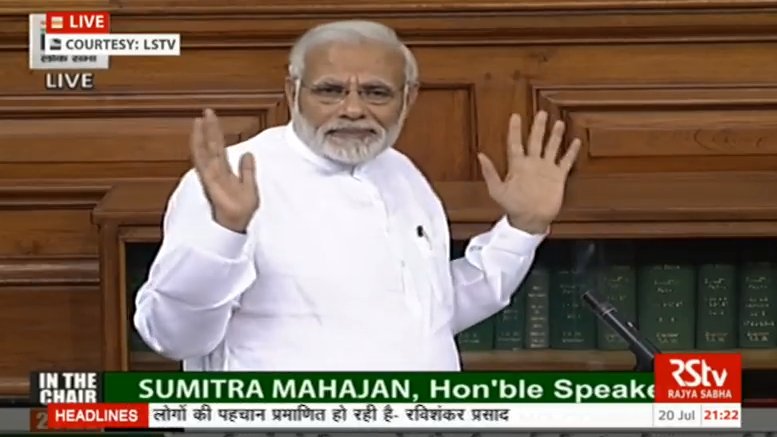 Janata Dal Secular and Congress have managed to Grab the power in Karnataka pushing the Bharatiya Janata Party to the margin. H D Kumarswamy is in the Chief Minister’s chair. However, with the coalition comes the ugly memories of 1990s when themes of the supporting parties ruled the roost while issues of governance where put on back burner.
Karnataka’s new CM H D Kumaraswamy’s remark that he was at the “mercy” of Congress and not the people of state Signify the return of that era. With combined opposition parties coming together for the sake of fighting Narendra Modi and BJP, even as they are yet and decided over who would lead the pack, the chances of this kind of ‘obligatory’ politics become stark.
The Karnataka BJP leaders have flayed CM Kumarswamy saying that he was “deriding his own people” and doubted his credentials to serve them. However, their statement may fall under the ‘sour grape’ category. Surely, the statement of H D Kumaraswamy counts among the most brazen statements. It also signifies as to who would call the shots in this makeshift arranged that promises to last at least until next parliamentary elections.
Kumaraswamy had yesterday stated he was at the ‘mercy’ of the Congress, not the 6.5 crore people of the state. “Mine is not an independent government. I had requested the people to give me a mandate that prevents me from succumbing to any pressure other than you. But today I am at the mercy of the Congress. I am not under the pressure of the 6.5 crore people of the state,” he had said.
The coalition governments have been part of Indian polity since the elections in 1967 when the Congress’s monopoly of power in the states was broken for the first time. It started an era of short-lived governments and politics of defection – both of which were induced by Congress. The opposition parties formed coalition governments that included Swatantra, Jan Sangh, BKD, Socialists and CPI. Though CPM did not join these governments, it actively supported them.
Even Congress also formed coalition governments in some of the states where it had been reduced to a minority. However, none of these governments was stable enough and could not stay in power for long. Interestingly, Congress party has always believed that coalition rule is a prescription for instability and that it alone can provide stable governance. It Actually ran an election campaign on the plank of stability when two successive governments led by VP Singh and Chandrashekhar could not complete their terms. Ironically, the one led by Chandrashekhar came into existence because Congress has had lent support to it and eventually took it back honor flimsy pretext.
It was Atal Bihari Vajpayee who for the first time led governments with large coalition of parties. But that was never a smooth ride even for a sagacious leader like Vajpayee.
Even a quick flashback would show the difficult road that the nation has traversed. A debilitating instability had gripped the Nation in the latter half of the 90s. The Congress was voted out of power in May 1996 and BJP, for the first time, emerged largest party in the 11th Lok Sabha. Vajpayee’s first tenure as Prime Minister lasted only 13 days.
After pledging “unconditional” outside support “for full five years”, the Congress party destabilized two United Front governments in less than two years – and that too on patently flimsy excuses. It actually showed the Congress party’s contempt for coalition politics as it thought it could run the country on its own and smaller parties were a hindrance to its agenda.
Congress leaders pulled down the UF governments under the calculation that power would naturally be theirs after the early elections to the 12th Lok Sabha. In reality, the electorate handed a worse defeat to the Congress than in 1996 and gave an unambiguous mandate to Vajpayee. Even this bitter experience did not pursuade the power-hungry Congressmen to play power games and destabilize the government and eventually the nation. on the contrary, in the zeal to put their leader Sonia Gandhi, who had taken the baton just a year ago, they plotted pull down the NDA Government in April 1999. And brought it down with just one vote.
That forced yet another mid-term election on the nation and the outcome again was in favor of BJP. The Congress fared worse than before, the BJP did better than before and Vajpayee began his third term as Prime Minister, with a clearer and stronger mandate than before.
While achieving this, everyone knows what kind of tribulations Vajpayee had to undergo that ultimately impacted his performance as the Prime Minister. Since 2004, the Congress-led United Progressive Alliance ruled the country and its 10-year rule is known for loot, plunder and mismanagement.

With Narendra Modi’s victory in 2014, that era of blackmailing in the guise of coalition had come to an end. Under his leadership, BJP formed single handed governments in one after another state. In states like Delhi and Bihar, BJP did not win but the governments where stable. in Bihar, it was this murky state of coalition that forced Nitish Kumar to switch sides and join the NDA.
All those memories returned with swearing in of Kumarswamy when sworn enemies embraced each other to fight the bigger foe. What price they will have to pay in return of guarantee for their survival can be gauged from the statement that Kumar Swami has made. And this is just the beginning. We are still in the trailer but it is enough to give an idea as to what the picture will likely be. 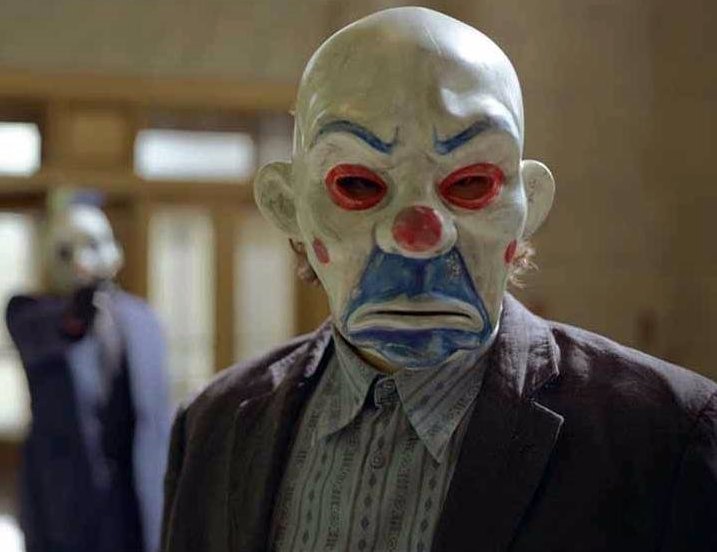 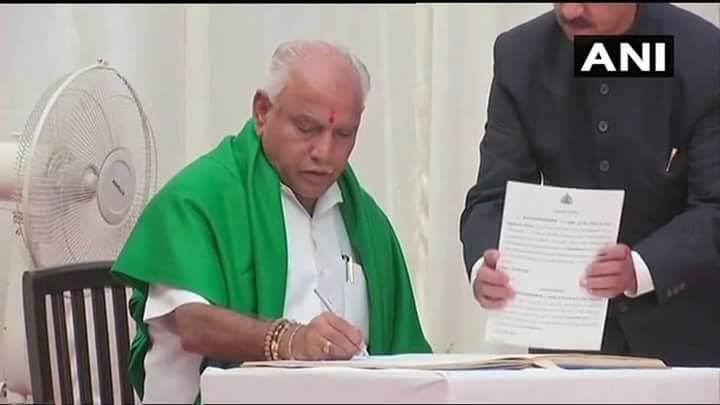 #IfRahulBecomesPM
√ People will get Temple Run allowance at each election
√ They will die laughing & not by malnutrition
√ Citizens will get lessons to manage life by drawing rs. 2000 just once from ATM
√ Instead of PM going out, world will come to see a futuristic Mutant.