Congress President Rahul Gandhi is unarguably in his prime as an opposition leader firing one after another salvo on Prime Minister Narendra Modi. he has got a good toy to play with in the form of Rafale deal. He and his coterie understand perfectly well that government cannot disclose all the facts pertaining to this deal due to the issues of national security. This allows him and his party to create confusion among the masses. However, unfortunately for him, people are not ready to buy his bravado as a serious act of a mature politician. With BJP coming with more counter attacks with every passing day, scion of the Gandhi family find himself in a precarious situation where he can neither lead the fight to its logical conclusion no can he leave it halfway.
In such a scenario, Rahul’s theatricks have only contributed to raising the entertainment quotient of the political discourse.

On Tuesday, Rahul Gandhi continued his tirade on Twitter and addressed Air Force officers, the families of martyred pilots as well as Hindustan Aeronautics Limited workers. He said that he understood the pain of jawans, and would work to bring to justice all those who dishonoured and stole from them.

“To every Air Force officer and Jawan who has served India. To the family of every martyred Indian fighter pilot. To every person who ever worked for HAL. We hear your pain. We understand how you feel. We will bring to justice all those who dishonoured and stole from you,” he said on Twitter.

Unlike his past campaigns, Rahul has shown some consistency in attacking the government on the Rafale deal, it must be acknowledged. However, he has already committed blunder by making his party organ, the recently rejected National Herald, to compare the scandal with the Bofors.

On Monday, he said the country’s “chowkidar” Modi snatched money away from the poor and handed it over to industrialist Anil Ambani. “The chowkidar of the country has taken out Rs 20,000 crore from the pockets of the poor, martyrs and the jawans and put it in the pocket of (Anil) Ambani,” Gandhi said at a meeting in the Jais area of his Lok Sabha constituency Amethi. This was one of the oldest statements made by Rahul ever since the Congress Party was relegated 44 seats in Lok Sabha and was forced to sit in the opposition.

However, the Congress’s past is going to haunt the party and Rahul for many days to come. if anything, Sambit patra’s counter attack proved this one thing.

BJP on Tuesday alleged that Congress was pointing fingers over the current Rafale Aircraft deal as it could not receive the kickbacks during the UPA regime and therefore the deal did not materialise. Briefing reporters in New Delhi today, BJP spokesperson Sambit Patra reiterated allegations that there was a close link between UPA chairperson’s son-in-law Robert Vadra and controversial arms dealer Sanjay Bhandari whose company has been red flagged by the NDA government. He claimed that during 2016 raids conducted at Bhandari’s places, several sensitive documents including papers related to Rafale deal were found.

Several TV channels have picked up pieces of this story and exposed supposed link between Rahul, Congress and Sanjay Bhandari. These charges are going to stick with the Congress party that has become synonymous with scams, scandals, inefficiency and nepotism. There is a large number of critics who see Rahul Gandhi as a very reluctant and inefficient leader who is yet to come to terms with his responsibilities. It is only recently that he has shown some seriousness towards his job and detractors have pointed out role of individuals like Jyotiraditya Scindia and Divya Spandana behind his makeover.

Is it just an illusion or has @RahulGandhi’s attack on PM @narendramodi over #Rafale softened since the alleged link between fugitive arms dealer Sanjay Bhandari and Robert Vadra was exhumed at a presser yesterday?

“After Modi government came to power, we started action against Sanjay Bhandari and his company. Starting as Rs 1 lakh worth company, Offset India Solutions slowly turned big with Robert Vadra’s help. There were raids in 18 places across India in 2016 and important papers including on Rafale were recovered,” Patra said.

The documents also included ‘confidential documents of Ministry of Defence’. “The papers also included proposals to buy mid-air refuellers and defence acquisition council papers. There were minutes of deliberations of the Contract Negotiations Committee”.

Moreover, Pakistan has also shown some interest in this episode and has overtly backed Rahul. With Pakistan being a perpetual adversary of India, no right thinking person in the country will like that one of its political leader is like by Pakistan. Thus, ironically, people tend to support PM Modi rather than dislike him the way did it Rahul’s father Rajiv Gandhi.

Therefore, the fact remains that Rahul’s bravado makes a good show and provides good copy to the paper, good footage to the channel and a lot of kilobytes for the digital media. But on ground, it does not make any impact at all.

Looking at Congress’s attitude we have decided to abstain from voting for Rajya Sabha Deputy Chairman, Congress is the biggest obstacle in Opposition’s unity: AAP MP.@SanjayAzadSln pic.twitter.com/9rWsCb3WNo 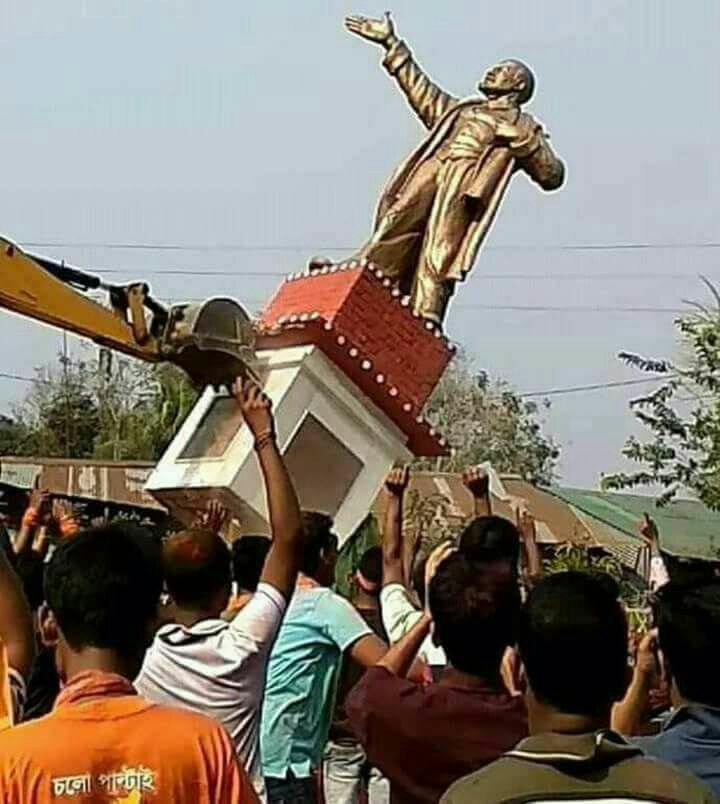 <p style=”text-align: justify;”> Inside CBI Joginder SinghAs the special CBI court delivered its verdict to pronounce Lalu Prasad Yadav guilty in Fodder Scam case, the memories of late Joginder Singh were rekindled. Had he been alive today, he would be a satisfied man today. It was his painstaking efforts that brought the culprits to books in one of the most talked about cases in the country. If today Lalu is today punished for his brazen misdeeds, it is only because of integrity & uprightness of officers like Joginder Singh.

<p style=”text-align: justify;”>Lalu Prasad Yadav had already made himself unpopular by that time. The NDA government led by Atal Bihari Vajpayee was at the helm. Singh had already retired and it was clear that he had not left the office with much content. The Fodder Scam was hogging headlines for a year or so. There was hardly any day when one did not bump with one or another story related to scam.

<p style=”text-align: justify;”>Therefore, translating Inside CBI’ was one assignment that pleased me thoroughly. As an earnest entrant to the mesmerizing world of news, opinions and gossips, this was the very fodder that I looked forward to enrich my knowledge.

<p style=”text-align: justify;”>Admittedly written under the constraints and stipulations of the constitutional body, the book nevertheless gives a deep peek into the working of CBI. One gets to understand what a mountain of difficulties and tribulations Singh had to go just to perform his duty. At one point of time, the Prime Minister of the country himself asked him to stop the investigation. Only an officer with as high integrity as Mr. Singh could answer back in the manner that he did. When the then PM Inder Kumar Gujral asked him to halt the investigation, Singh told him, “Give me the order in writing and I will stop it”. This sturdy stance is the reason we are seeing the looters of the government coffers standing before the court as accused and convicted.

<p style=”text-align: justify;”>The 1961 Karnataka cadre batch IPS officer was chosen to head CBI in 1996 when H. D. Deve Gowda was the Prime Minister. Besides Fodder Scam, he was also part of the investigation team of Bofors scam and many other sensitive cases like securities scam, the JMM MPs bribery scandal, Rs 133 crore urea scam, telecom deals by the then Union minister Sukh Ram, among others.

<p style=”text-align: justify;”>In an interview with The Hindu, he had told that many temptations were thrown at him when the agency was probing the fodder scam.

<p style=”text-align: justify;”>Today, Joginder Singh is not among us. He left us in February 3 this year after a long service and writing over 25 books. And because of one of these books that I remember him. Today is the best day to remember this gusty officer.